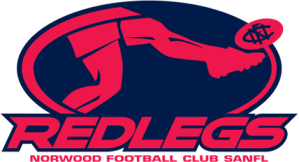 Gordon Cramer is determined when it comes to pursuing and hunting down a lead in the Somerton Body Case, and unlike the majority of commentators, he believes that Charles Carl Webb – as physically identified by Professor Derek Abbott (without the assistance of Colleen Fitzpatrick) – is not the Somerton Man. Cramer bases his rebuttal on an examination and comparison of Carl Webb’s ears as a boy and those on the Somerton Body, the left ear in particular. Some may scoff at this approach despite it being the same method used by Derek Abbott over the many years he was attempting to convince readers the Somerton man was his wife’s grandfather, and not just convince them, Abbott put out the begging bowl in order to raise the $20,000 necessary to finance the exhumation of the Somerton Man’s body. A questionable method given the private nature of his interest.

Then we have the argument about height – The Somerton Man was 5’11” yet Carl Webb appears to have been the same height as his brother Roy who measured in at a little under  5’9″. This significant difference has been roundly dismissed by most readers for a multitude of reasons, none of which carry any strength yet are effective in that the discussion is squelched from the outset in favour of peripheral matters of little consequence. You cannot argue with someone who doesn’t want their mind changed.

Now we have a further development in that another Webb appeared to have shared the Adelaide morgue’s facilities at the same time Paul Lawson was working on the Somerton Man’s bust. “George Webb collapsed and died when about to enter Adelaide Oval to see Norwood play West Adelaide on Monday, 13 June, 1949.  He was 83 years of age when he died and lived at Salop St, Beulah Park.”

Finding this remarkable coincidence is down to Gordon Cramer and taken with some gaps (11th to 14th of June) and mysterious entries in Paul Lawson’s working notes for the same month, provides yet another doorway into this never-ending house of mystery as the possibility of cross contamination between the two bodies may become a factor.

From: Uncategorized
← The 2022 Headline Of The Year – Somerton Man Case Solved!!!
“My concern is that we may never be able to categorically say that we know this person’s identity.” →
18 Comments Post a comment