The Bats in Dome’s Attic

In your opinion, I asked the readers of another blog – one which enjoys thousands of readers a day and is run by a gentleman of impeccable upbringing and who has had the benefit of a ‘bright’ education’ – which of the two men of apparent equal height in the picture below do you think is the highest? A straightforward request I thought and hopefully some of the respondents might engage themselves in a fruitful manner and the exercise may assist in the gathering of some thoughtful opinions.

Perhaps a consensus of sorts could be reached. A man must always be optimistic.

The picture as you can see is of two young men and an older couple. One man with his arms about them, the other shoulder to shoulder with the woman. This, I thought should not be too difficult a task so I sat back and waited for the responses – –

‘Simple’ wrote one, ‘the blonde Charlie, he’s standing a lot further back than Roy and he’s got very long arms.’

‘Simple’ wrote another, ‘the blonde Charlie, he’s been playing tennis and is standing in a hole in the ground with his sand-shoes off.’

‘Simple,’ wrote one more, ‘the blonde Charlie, Roy’s height challenged and he’s standing up on his toes because he doesn’t want to look like a midget.’

‘Simple,’ wrote yet another, ‘the blonde Charlie, Roy’s got a height problem and he’s wearing built-up shoes to compensate.’

‘Simple,’ wrote number five, ‘the blonde Charlie, Roy’s standing on a slight rise and looks taller than he really is.’

‘Simple,’ wrote the next, ‘the blonde Charlie, Roy’s probably standing on a box like Humphrey Bogart did to look the same height as Ingrid Bergman.’ (think Tom Cruise and Cameron Diaz)

‘Simple,’ wrote a newcomer to the conversation, ‘the blonde Charlie, Roy’s obviously got the Bob Hawke syndrome and has found an anthill to stand on to elevate his status.’

Bob on the left, he’s about three inches shorter than Keating and Rudd I’d reckon.

‘Simple,’ wrote a real trudger, ‘although the blonde Charlie is supposed be higher than Roy we aren’t to know if the person who measured him did a sloppy job of it.’

‘Simple,’ said a voice from the back of the room, ‘the blonde Charlie because it’s all about perception and you can’t trust a photo to be accurate.’ (This from a bloke who has never had to apply for a passport)

‘Simpel,’ wrote somebody not so strong on his spelling, ‘the blond Charli because he’s got a niser smile.’

‘This is all an unnecessary distraction,’ wrote an obvious intellectual. (From what we don’t know.)

‘Simple,’ wrote the most condescending of all the bats in Dome’s rafters, ‘OK Kids here’s something to try at home . Get 2 identical sized coffee cups and place one on the front of a table put the second up 30 cm’ behind it and 10 cm’s to the left. Now take out you phone and take a photograph from the front cup , at the edge of the table with both cups in the frame and drop the camera down a few degrees Now if you’ve followed these instructions correctly you will see that the cup in front looks taller and larger than the one behind. Thats angle and depth of field. Roy is forward of Charles and the photographer is shooting upwards.’ 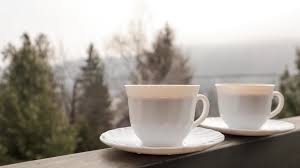 The moral of this post is to never expect too much sense from those who habitually inhabit blogs, they may be happily married and holding down well-paid jobs in corporate offices, they may be members of exclusive clubs and owners of mortgage-free homes but when it comes to assuming a pseudonym and posting to a blog they undergo a change of identity to suit their online persona and this, I’m sorry to say is a well-researched phenomenon.

Which of course does not apply to any individuals who may condescend to visit this poor portal.

From: Uncategorized
← Three Inches – and an update from the office of Dr. Fitzpatrick.
Whoops !! Did the Professor pick the wrong Charlie? →
10 Comments Post a comment