Man on a Soapbox 1 – Police, Paedophiles and Adelaide’s 33 Houses of Shame.

A man carrying a soapbox finds a street corner. He wishes to address those around him and convince them that his point of view overpowers all that has gone before. He is a determined individual and this is not the first time he’s been heard bellowing out his message in this corner of the city.

He places the soapbox at his feet and stands on it, takes a deep breath and begins. The terms of reference were to determine the existence and extent of corruption within the NSW Police and if it was systemic and entrenched.

In 1995, the Commission widened the terms of reference to include investigating the activities of organised paedophile networks in New South Wales and the effectiveness of police guidelines for the investigation of sex-offences against minors.

By 1995, the Commission had uncovered hundreds of instances of bribery, money laundering, drug trafficking, fabrication of evidence, destruction of evidence, fraud and serious assaults in the Criminal Investigation Branch (CIB) at Kings Cross. Participation in misconduct was the norm in the detective division and the senior levels of the CIB in Sydney’s inner city were in corrupt relationships with major drug traffickers and the local criminal milieu. The Kings Cross detectives received payments akin to a “rent” from individuals like Bill Bayeh, Steve Hardas and “Fat” George; the payments totaled thousands of dollars per week, collected by Sergeant Trevor Haken and shared amongst the six Detective Sergeants and the Detective Inspector in charge (Graham “Chook” Fowler). This corrupt practice was known in police circles as “the laugh”. Wikipedia. “The relationship between a paedophile network and the group of corrupt detectives was extensive and multifaceted, including regular bribe payments to the detectives in exchange for advance warning of law enforcement scrutiny, consignment of large amounts of methamphetamine to the network members on a profit-sharing basis and the planning of insurance frauds and financial crimes. The detective closest to the network, Larry Churchill, also shared some of the hebephilic* tendencies of the network members.”

*Hebephilia is the strong, persistent sexual interest by adults in pubescent children who are in early adolescence, typically ages 11–14)

“The Commission found that the syndicates were effective and efficient in protecting the perpetrators from law enforcement scrutiny and facilitating their criminal activities, and there had been a corrupt relationship between the Fisk syndicate and a group of corrupt officers led by Larry Churchill. The inquiry also conceded that there were probably other such networks and corrupt dealings unknown to them but based on the extensive evidence provided by large numbers of sex-offenders, victims and law enforcement officers, it felt able to put that aside and concentrate on its instruction to examine police procedure and care arrangements for minors.”

“When the inquiry was first set up, Police Commissioner Tony Lauer stated that corruption in the New South Wales Police was not systemic or entrenched; in fact, he provided a map to the commission purporting to show areas which were guaranteed to be free from any systemic misconduct. The Kings Cross patrol, the most egregious participant in corruption and criminality, was labelled by the Lauer document as being entirely free from corruption.”

“The sensational revelations coming out of the Commission hearings, and his emphatic assertion that corruption was a non-issue, made Tony Lauer’s position as Commissioner untenable. He resigned shortly after the publication of the Commission’s initial report.”

This report is an interim report on the progress of the Inquiry provided pursuant to section 11(2) of the Act as I am given to understand that you will shortly allow an extension of time for the completion of the Inquiry.

Convent of the Good Shepherd “The Pines”.

All these homes were mentioned in Mullighan’s interim report as being places where abuses by paedophiles occurred over the decades.

Gerry Feltus is on record as saying that in the late forties early fifties South Australia and Adelaide in particular was full of spies. Going by the list of homes above and the number of men and women responsible for the abuses, it would appear that paedophiles outnumbered them by far.

The pic above is of the Somerton Crippled Children’s Home. Carl Webb’s body was found across the road, deliberately placed with his head propped against the rock wall seen in the background. 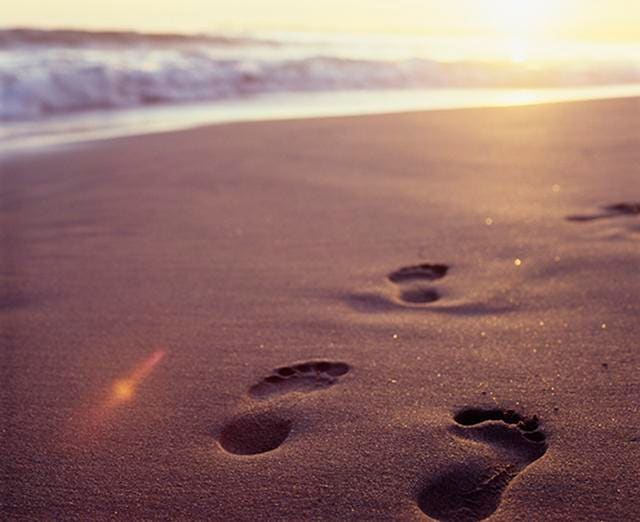 The view here is that SAPOL left more than enough signs to indicate the Somerton Body Case was to be stymied and the truth, whatever it was, be kept out of the public’s eye.

In no particular order :

(1) “On 12 January the Police attended Adelaide Railway Station as they had past knowledge where intending suicides travelled to Adelaide to end their lives, detectives checked at the railways luggage office for unclaimed baggage, so far without result.”  Newspaper report.

“On 14 January DS Leane learnt there was an unclaimed suitcase, at the Adelaide Railway Station.”

(2) The Freeman Rubaiyat was taken to the Adelaide CIB HQ handed in to DS Leane on the 23rd of July 1949. A Saturday. There is no evidence or account of any of the other Detectives being shown it despite its importance. Feltus only makes references to two ‘reliable police sources’ who told him they had seen it. Neither were named.

(3) No images of the either the front or back cover of Freeman Rubaiyat have ever been made public.

(4) Only days after receiving the Freeman Rubaiyat, DS Leane forwarded a photo of a marked up copy of the code he had found pencilled on the back cover to Naval Intelligence together with another copy of the book, effectively denying them the opportunity to investigate whether the code referred to something written within the original book’s pages.

(5) It is widely accepted that PC Moss missed finding the box of Bryant and May matches said to have been found with the body, despite that he found the much smaller and flatter bus and train ticket in the body’s trouser pocket. DS Leane however signed a sworn statement that stated a box of matches was found on the body which was submitted to the coronial inquest. PC Moss, when later interviewed by a newspaper stated he was surprised he couldn’t find any matches on the body despite evidence the dead man was a heavy smoker. His unspoken point being that without matches, questions would have been asked as to how TSM ignited the half-smoked cigarette found wedged under his chin.

(6) DS Leane waited fifty-one days before alerting the press to the finding of a slip of paper with the two words Tamam Shud printed upon it, almost ensuring there would be no public responses until after the inquest, which proved to be the case. This timing, if indeed was deliberate, also ensured Jessica Harkness would not be found in time to be deposed as a witness.

(7) Despite that the phone number found written on the back of the Freeman Rubaiyat was registered to Jessica Thomson, it was used dozens of times by her companion Prosper Thomson in his classified advertisements, mostly concerning the buying and selling of motor cars some of which were valued current day at over $50,000.  He was never interviewed.

(8) Four people were in Freeman’s car when his brother-in-law found the Rubaiyat in the back footwell yet none took the opportunity to come forward to give their account of that momentous occasion when, according to DS Leane, it was only Freeman who requested anonymity. The brother-in-law was never interviewed.

(9) Detective Brown admitted in his interview with Stuart Littlemore that there was another phone number written on the back of the Rubaiyat, saying it was a business number and as such was not of interest. This in itself makes very little sense coming from a senior Detective and one who would later be promoted to Detective Superintendent.

(10) When asked in the same interview if he knew of the Rubaiyat’s whereabouts, Brown admitted that it had been lost in DS Leane’s filing system at an early stage of the investigation.

(11) DS Leane allowed the press to quickly publish mock-ups of both the Freeman Rubaiyat and the page with the two words Tamam Shud torn out. So quick the photographer failed to ask whoever it was holding the book open to remove his thumb.

(12) The body had fresh abrasions between the knuckles of the right hand, an indication that he had landed a blow on an object with some force.

(13) Coroner Cleland stated that ‘he couldn’t say where he died,’ in his conclusions to the original 1949 inquest, yet ten years on and with no further evidence submitted he changed his mind to state ‘ He died on the shore at Somerton on 1st December 1948.’

(14) Despite Jessica Harkness’ strong indication that she knew of the Somerton Man’s identity she was not formally interviewed and no notes were made of the answers she gave to the police while viewing the bust. All we have are Paul Lawson’s recollections of the day as given to Stuart Littlemore during an interview Lawson asked to be shut down when the questioning caused him some discomfort.

(15) Despite having the services of one of Australia’s best fingerprinters available, SAPOL failed to have any of the articles in the suitcase fingerprinted, relying instead on a particular type of thread found in the case which was used to repair TSM’s clothing as the sole means of proving the suitcase and contents were his.

(16) The failure by the police to immediately act upon realising one of the tickets found on the body indicated that he had been at the Adelaide Railway Station on a given day, together with the possibility that he had (1) left his baggage at the station and (2) might be recognised by either the luggage clerk or the ticket seller has never been explained despite the number of Detectives involved in the investigation.

(18) Similarly, no photograph of the Moseley St phone number said to have been found on the back of the Rubaiyat has ever been made available, despite its importance.

(19) DS Leane failed to have the Rubaiyat fingerprinted, despite that it had laid undisturbed in Freeman’s car glovebox for six months and was presumably only handled by his brother-in-law before being retrieved and handed over to the police.