What was the real purpose of the Tamam Shud slip? 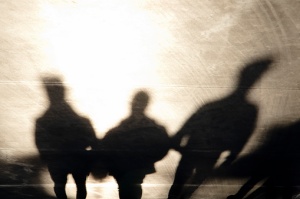 In order to properly understand the thrust of this post you should cast your mind back and see if you can remember reading any novels about espionage, real or imagined, because those folks were fiendishly clever about the way they met and exchanged information, secret information, so secret that if they were caught they would have had two problems to face: one presented by the country they were stealing the information from and the other from the country that wanted it.

So these exchanges had to be planned very carefully but at the same time remain deceptively simple.

As far as the Somerton Man case is concerned let’s pass off what has been considered a police / intelligence agency conspiracy and decide that the investigation was simply a debacle. Things not done, things forgotten, things lost … it’s not as if you don’t read about such failures in police investigations in 2022 so what would have been different in 1948 / 49?

Which brings us to the pocket in which Professor Cleland found the Tamam Shud slip and the conflicting accounts we have to contend with.

Emeritus Professor John Burton Cleland: “In examining the clothes, (trousers worn by the deceased) in a fob pocket which was rather difficult to find, just on the right of the fly, I found a piece of paper. After I found it and put the paper back, it took a good deal of time to find it the second time as it was a pocket which could easily be missed.”

Ex-Detective Gerry Feltus though had a different view on what Professor Cleland meant, writing ..

And of course the irony is that you could almost be certain that the duds Cleland was wearing while he was rummaging through TSM’s pockets had a standard fob pocket of their own so let’s give Feltus a swerve and go with the fob pocket being too small for Cleland to find the second time. Meaning it was a secret pocket which could only have been made for a special purpose, like hiding a small slip of paper.

Are we ok on this so far? Because next up comes the Q&A.

What was the purpose of the Tamam Shud slip?

Remember the fiendishly clever folks mentioned in the first chapter? Well, in the Somerton Man case it appears we had three of them. One who arranged a meeting between someone with something another wished to collect and that being something that could not be safely put in the mail or handed over in a public place, in fact these two individuals were most certainly instructed where to meet for the handover. Time and place.

A bench out of sight of the road say … at about dusk.

Then we must consider if they were known to each other or if this information handover as it were was a one-off event between strangers and that being the case, how would they have identified each other?

What was the real purpose of the Tamam Shud slip?

~~~
note: what had to be planned as well was that if the meeting place was occupied at the crucial time a contingency plan had to be put into effect. So perhaps Gordon was right, and that after lying on the possibly damp sand while unsuccessfully waiting for Strapps and Neill to vacate the bench in time for his meeting with the gent in the hat and coat, our man needed a change of trousers before any backup rendezvous. N’est pas?