The Disposition of Evidence in the Somerton Man Case. 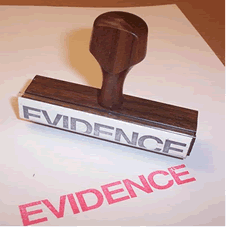 According to GF p64, the suitcase contents and clothes etc worn by TSM were given to Professor Cleland at some stage.

Further on GF is more explicit and writes on p79 ‘At some stage, shortly after Detective Sergeant Leane collected the suitcase from the Railway Station he handed for examination all of the clothing associated with the deceased, including the items he was wearing, to Emeritus Professor John Burton Cleland, a legally qualified doctor in the Department of Pathology at the University of Adelaide.’

Leane collected the suitcase on January 19th so it’s reasonable to assume Cleland got his hands on all the evidence before the end of the month, and a fair assumption might be that he kept everything in the suitcase and stored it somewhere in his office at the UoA. The unlocked suitcase. The one that didn’t contain the Tamam Shud slip or a box of Bryant and May matches.

January. Cleland has nothing to report.

February. Cleland has nothing to report.

March. Cleland has nothing to report.

Then, on April 19 Cleland informed Leane he had found the Tamam Shud slip.

May. Cleland has nothing further to report.

On June 8 Detective Brown made his first enquiry into the meaning of the words Tamam Shud.

On June 17 the inquest commenced.

Given these dates we know that the evidence was outside of police control for two and a half months and by the time it found its way back there were two additions … The box of Bryant and May matches that was ‘later established’ to be with the body – Feltus again – and the Tamam Shud slip that wasn’t there to be found when TSM’s fob pocket was first searched by PC Moss.

Remembering too that Feltus believed the images of a Rubaiyat and torn page as published in the media were not of the originals, saying as well that the newspaper image of the Rubaiyat was of a version too big to be carried in a pocket.