Who killed the Somerton Man, silenced Jessica and how it was all covered up ..

There’s a sign on the door to this dark room that says ‘Espionage’ and underneath it another saying ‘Extrajudicial Killings.’

You should knock before entering. Someone may be sleeping inside, undisturbed since December 1st, 1948.

Everyone has had a shot at attempting to identify what person or organisation was responsible for the murder of the Somerton Man.

No more fluff about suicide. This man had so much wrong with him from his throat to his stomach he would have been coughing up red, shitting black and pissing crimson.

This dark room has strict requirements for entry and one of them is a strong conviction that the the Somerton Man was murdered most foully and not by Melbourne-based criminals or black-market villains, not by a jealous lover – none of them. We are interested in what organisation killed him and who assisted in covering it up.

This enlightenment could become a black tie event. Maybe we should hire a hall in Adelaide and invite the cognoscenti of the Somerton Man fraternity for the unveiling. Grab some pics of a smiling Feltus and Abbott with their arms around each other, almost hugging, and Roma and Rachel back together again. It could be a cathartic evening. Then dinner at the Adelaide Club. Pats on the back. Political patronage. A book, well, another one. Wealth and fame.

1937- 1947 Biochemist at the Institute of Medical and Veterinary Science.

His links to Nuclear Weapons Development:

The (American) Advisory Committee on Uranium became the National Defence Research Committee (NDRC) on Uranium when that organisation was formed on 27 June 1940 and they proposed a spending of $167,000 on research into uranium, particularly the uranium-235 isotope and plutonium, which was discovered at the University of California in 1940. This organisation was later morphed into the Manhattan Project.

Paul Leland Kirk (May 9, 1902 – June 5, 1970 ) was a chemist and forensic scientist who specialised in microscopy. Due to his extensive experience in this field Kirk was asked to join the Manhattan Project where he worked on the process to isolate fissionable plutonium from 1942 to 1945.

In 1940, James Cowan accepted an invitation from Kirk and travelled to America to work with him at the University of California in Berkeley (refer arrival pics). He was scheduled to stay for 10 months and departed from Adelaide 7th September 1940. Cowan, being a micro-analyst with an involvement in South Australian uranium mining in his capacity as head of the South Australian Explosives Branch, had the skills that would have been useful for the Manhattan Project in its infancy, particularly as some SA uranium was being made available to the USA for test purposes. 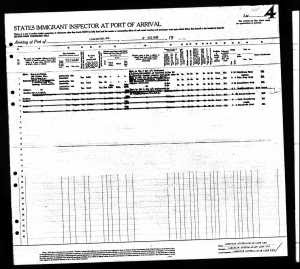 In late 1945, the FBI was provided with extensive information about Soviet espionage by Elizabeth Bentley, who herself had been passing information to Moscow. Bentley provided the FBI with a 112-page confession, naming 80 people as paid informers or agents working for Moscow. Bentley’s defection, along with accusations against State Department lawyer Alger Hiss, fuelled anti-communist hysteria in America during the late 1940s and early 1950s.

The CIA’s Cold War activities ranged from general surveillance of suspected foreign agents to deploying its own agents abroad, to illicit operations like assassinations and human experimentation. The CIA also complemented US foreign policy by supporting, funding and equipping anti-communist leaders and groups abroad.  Alphahistory.com

Deploying its own agents abroad.

We are interested in what organisation killed him and who assisted in covering it up.

We could be looking for an individual with a connection to the Salisbury Weapons Development Complex, the South Australian Government, the Australian Federal Government and secret nuclear weapons research in both America and Australia.

A trusted individual with a comprehensive knowledge of explosive materials and one vetted by the security services of both Britain and the USA. A man with a proven link to America’s Manhattan Project. And finally, someone who not only played a prominent part in the coroner’s decisions into the inquest into the death of the Somerton Man, despite not providing any evidence – he witnessed a finding that implicated Jessica Harkness in his murder and in so doing ensured her lifelong silence.

With many thanks to both Clive and Byron. Your efforts always appreciated.