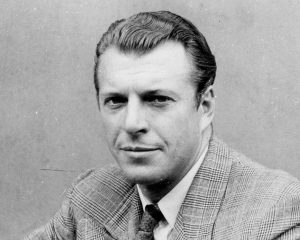 It helps to know more about the only man left alive who knows the secrets of the Somerton Body Case.

Paul Lawson is pictured here when he was younger and better-looking. I can say this because it applies to me as well .. a long life is unforgiving on flesh and bones.

The following is courtesy of living.cityofadelaide.com.*

‘When you meet someone who oozes intelligence, inspiration, enthusiasm and has a gleam in their eyes as they speak with passion about their working life, it’s pretty amazing. When that person is 101 years old with no sign of waning, it is worth writing about.’

‘In the 1930’s, as a young taxidermist employed in a junior role at the South Australian Museum, Paul Lawson could not have imagined the wild ride his life would take him on. From undertaking top secret work on an unidentified, suspected murder victim to being part of an international expedition that uncovered 40 thousand-year-old fossils, these are only some of his life highlights.’

‘Paul also had the sole responsibility for the safekeeping of the touring Apollo mission NASA moon rocks while they were in South Australia. It is a journey Paul enjoys reliving in minute detail.’

“Paul epitomises the adventurer we all have inside when growing up, but in his case, he has been able to keep it up all along. He brought that energy, thirst for knowledge and eagerness to the South Australian Museum.”

In 1948 Paul remembers being called into the director’s office to meet Senior Sergeant, Lionel Leane along with four other policemen. The Senior Sergeant asked Paul if he could do a bust cast for an unidentified corpse found on Somerton Beach.

Paul’s trade mark humility was revealed in the reply; ‘I don’t know I’ll have to see the job’. This infamous case became widely known as the Somerton Man. Paul recalls how secretive the whole situation was; being led down to the morgue to create the bust, as the South Australian Police would not let him move the body to the museum. He speaks about the eeriness of the situation as he sat in a darkened room creating the bust while his every move was being watched by a detective who was guarding the door. The bust that Paul created has been widely pictured and is now on display at the South Australian Police Museum. (my bold)

I doubt if he has ever come by here, but anyone with 102 birthday cakes under his belt and a record like his deserves our congratulations. 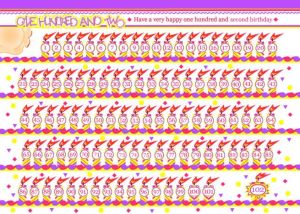