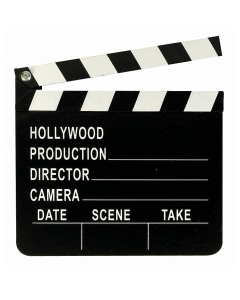 Jim is an Army Lieutenant working on Sydney Harbour who has been recruited by Allied Intelligence to relay false shipping information to ..

.. Joan, a nurse, who is oblivious of the worthlessness of the information that she hands over to ..

.. Jack, an operative of a foreign Intelligence Service.

However the scheme ceases operation when Jim is posted north, only to be resumed in 1946 when he returns to Sydney.

When Joan and Jack are re-acquainted emotions come into play and she is left expecting Jack’s baby. They receive this unwelcome news badly and she decamps to Melbourne in late 1946, then to Adelaide in 1947 where Johnny is born. A stout lad with many of his father’s physical characteristics visible at an early age, particularly the ears.

Joan lives quietly until 1948 when she is surprised to hear from Jack, who has found her and says he would like to visit Adelaide and see Johnny. She sees no harm in this, where in fact Jack has been instructed to do so by his handlers, who have a devious plan in mind, one that involves combating and hopefully negating unwanted British influences in the Australian National Security Service. A service renowned for its archaic methodology and inexperience in foreign affairs.

Jack arrives in Adelaide by train in November 1948, lodges his suitcase and is met by a colleague, Joris, who takes him to a Glenelg safe house and tells him he must wait until Joan returns from her nursing shift later that evening.

Joris excuses himself and takes a short walk into town to buy something for them to eat as both have had a long day of waiting and Jack is impatient to see little Johnny.

The poison works quickly, but not before Jack is able to take a wild swing at Joris before collapsing on the floor. His blow connects, leaving a slight abrasion between his knuckles.

Joris moves quickly. He takes the copy of a Rubaiyat he has been given, cuts out the last two words and secretes the slip into Jack’s fob pocket then transports the body to a predetermined place on the beach near Joan’s home, looking for all intents like a man assisting an inebriated friend home from the nearby pub.

But he is seen.

The following morning Joris returns to the scene of the crime and slips the Rubaiyat into a car his handlers knew would be parked outside the local pharmacy. The Rubaiyat has been thoroughly doctored by the addition of an impenetrable code and Joan has been implicated as her phone number has been written on the back cover.

Everyone does their homework in the espionage business.

The car belongs to Jane*, a doctor whose routine was to refill her surgery cabinet every Wednesday morning as the pharmacist, Jason is a longtime professional acquaintance of both her and her husband.

The plan as envisaged.

A day or two later, when Jane finds the planted Rubaiyat and learns of a slip of paper bearing bearing the words Tamam Shud found on a body close to the pharmacy, she immediately makes the connection and rings the police.

They take possession of the book, note the phone number and interview Joan and Jane, both of whom are now considered to be uncomfortably connected to the apparent murder of an unidentified man and a mysterious code. These are fraught days in Adelaide where Russian spies are suspected to be lurking on every corner.

The code is sent to Naval Intelligence for deciphering but after being unable to make sense of it they send it on to a representative of the National Security Service in Canberra.

The National Security Service is also unsuccessful and they send it on to the new boys on the Canberra block, the MI5, who have a sterling record of breaking Russian codes.

The book lands on the desk of MI5 agent Joseph together with Joan and Jane’s police interview records.

Joseph investigates the backgrounds of both women, and with the assistance of the Australian Security Service determines that  Joan was once a low-level Intelligence operative with Communist Party connections.

Then, when Joseph learns of Jane’s familial connections he immediately cables his London office to tell them the acting chief of the MI5 in Australia, his boss, has been implicated through his niece in the murder of an unidentified man who police suspect might have been a Russian spy.

You know it makes sense ..

* The husband of Doctor Lica Delprat  (niece of Australian MI5 Chief Robert Hemblys-Scales) had a surgery near to a pharmacy belonging to Chemist Freeman, the man in whose car the Rubaiyat was purported to have been found. 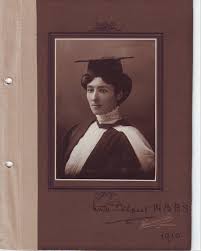