3. If we were to take the Lawson Proposition seriously …. 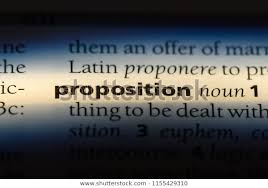 If we were to take the proposition seriously, in that Lawson was privy to some information that would have a profound effect on our understanding of the case, at what investigative stage would the absence or denial of police effort become apparent?

If a party other than the Police involved themselves in the Somerton Man case and were in a position to dictate the terms of the investigation, that is, not allowing it to develop past a certain point, then that point might become evident by running an investigative date-line.

On the 22nd of July the Police are handed the Rubaiyat.

Soon after the 23rd of July, Detective Canney interviewed Jessica Harkness and she is taken to view the bust.

If dark deeds were afoot between the police and another interested party, then you would expect the liaison to be on a senior level with Detective Sergeant Leane on the SAPOL side.  Though you wouldn’t expect Leane to give this interested party a rundown of every murder/suicide case under his investigation, but perhaps he would  if there was something in it to flag their interest.

Why did Leane wait over six weeks before beginning to investigate the meaning of the words Tamam Shud?

Was the interview between Lawson and Brown related to Brown’s trip to Beck’s Bookshop on the same day?