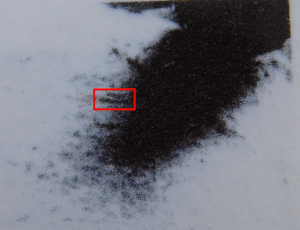 When I consider (1)  “Leane soon noticed what appeared to be a telephone number written in pencil on the rear cover of the book.”

and (2) According to Gordon Cramer, Professor Abbott told him that Detective Brown clearly stated that Jestyn’s telephone number was on the right side of the code page and had been written in “TINY WRITING”. pic on left

I find it impossible to reconcile Cramer’s digital enhancing methods in finding what Detective Leane told Feltus he saw with his naked eye.

And I don’t see any pencil in that image.

And if you read Brown’s Wikipedia account of the events, including where he positioned the ‘tiny writing’ on the back of the Rubaiyat, you’ll see he found it underneath the code. Underneath! Not in the top right-hand bloody corner.

Header pic is Cramer’s version of what ‘Leane soon noticed’. 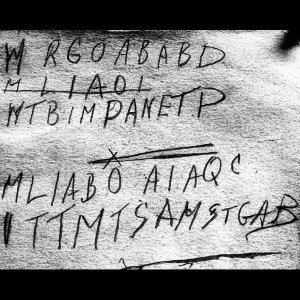 From: Uncategorized
← Gerry Feltus, the letter Q and DS Leane’s timing.
The Nitkeeper. Nick Pelling’s runner →
No comments yet