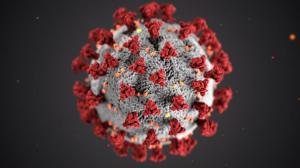 Unlike Covid-19, the Somerton Man Virus doesn’t spread, it infects only one individual at a time. There is no contagion, just an infuriatingly singular infection that appears incurable despite the advances that have been made available to relieve the condition.

For instance. The patient in Ward 1.

This long-suffering patient lies abed with an infection that will only consider that our man was a petty criminal of low intent who habituated illegal gambling dens as a person who kept a stolid lookout in the wind and rain by the front door of an establishment while some illegal activity is being carried on inside. A man better known these days as a bouncer.

Bouncers didn’t earn big money in 1948, they subsisted on bugger-all and the small coin favours dropped into their calloused palms by the punters they allowed through the door of the baccarat den or whatever it was they were minding at the time.

But do you think this argument holds water with the man in Ward 1?  He’d rather die of the bug than consider taking the pill that might cure him.

What can you do for a man with such an unhealthy attitude?

Give up is what you do. Wish him all the best and walk out of the ward, drop by the mortuary and tell them they’ll have a another customer before too long.

Then there is the patient in Ward 3.

This individual is fixated on a home-grown cure that defies all rational argument as to its effectiveness. He has created a world indifferent to the logic that might cure his condition. He does not hear any voices other than his own as he lies abed, feverish and distempered, and when visiting therapists attempt to penetrate the armour he has built around his predicament, he closes his eyes and ears and feigns a fatal indifference.

Everything in the suitcase was planted, he says. Dark and mysterious forces were at work throughout, he says. Police were tempted by foreign influences, he says. Anything that could be simply explained was the complicated work of devious spy-masters. False trails were laid where none were necessary.

So what does the surgeon do with this fellow?

He looks back at the patient’s record and sees no improvement over the years, nothing has worked, the poor man’s eyes are blinded and his ears blocked.

So, the surgeon wishes him well, gives his hand a shake and bids him a fond farewell.

Then, lastly, there is the Quack, a make-believe surgeon who roams from ward to ward and makes easy with his entertaining ways. A lively joker, he assumes a knowledge borrowed from the work of others and in doing so gains a counterfeit respect from the near comatose patients he visits.

Sadly, in his case the virus is communicable.

The mortuary will be busy today.

“Sodium Thiopental  (Pentothal) can cause significant enlargement of the spleen.”

In other words, SM was a spy who had been injected with the truth drug and his enlarged spleen is my proof.

The moderator of said blog decided not to publish my comment regarding his claim when all I wished to point out was that an enlarged spleen can also be caused by infections, cirrhosis and other liver diseases, blood diseases characterized by abnormal blood cells, problems with the lymph system, or other conditions. Other causes of an enlarged spleen include: Inflammatory diseases such as sarcoidosis, lupus, and rheumatoid arthritis.

in addition .. an enlarged spleen can be caused by the following.

There you have it, ALL the relevant info delivered to your doorstep free of charge, just the thing you need in these Coronavirus days.