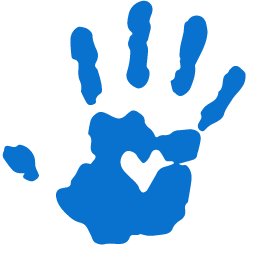 There are no shortages of police names in The Unknown Man, an indication that the files GF worked through and the conversations he had with officers serving at the time were specific. From his research we know what officer was responsible for discharging what certain duty.

DS Leane’s position at the time was described by GF as being responsible for overseeing general matters requiring direction and the supervision of junior investigators.

Early in the case, Detective Sergeant Leane assigned Detective Strangways (Glenelg Station) the duty of investigating, he was assisted by PC Moss and Detective Gollan.

On the 8th of January a new metropolitan investigative unit was formed, again headed by DS Leane and including Detective Gollan, PC Sutherland and PC Horsnell.

On the 11th of January Detective Brown joined them, so at this stage DS Leane had five investigative officers on the case including himself and two detectives. A formidable outfit. You would expect some delegation.

Leane visited the railway station to look at the suitcase.

Leane took various items from the suitcase back to the police station.

Leane laid the items out on his desk and had them photographed.

Leane revisited the station to take possession of the suitcase.

Leane handed over the deceased’s clothing to Professor Cleland.

Prior to the inquest.

Leane visited the SA School of Arts and Crafts to see if they could help in identifying what the deceased’s tools may have been used for.

Prior to the inquest.

Leane visited Pozza the tailor to see if he could help in identifying the deceased’s clothing.

Leane was handed the book by ‘Mr Francis’ after he had found it in his glovebox.

Leane soon noticed what appeared to be a telephone number written in pencil on the rear cover of the book.

Leane sought the assistance of the Navy Office at Port Adelaide.

Leane  obtained the opinion of an authority that the piece of paper bearing the words Tamam Shud was of the same texture (feel) and colour as that of the book handed to the police on Saturday.